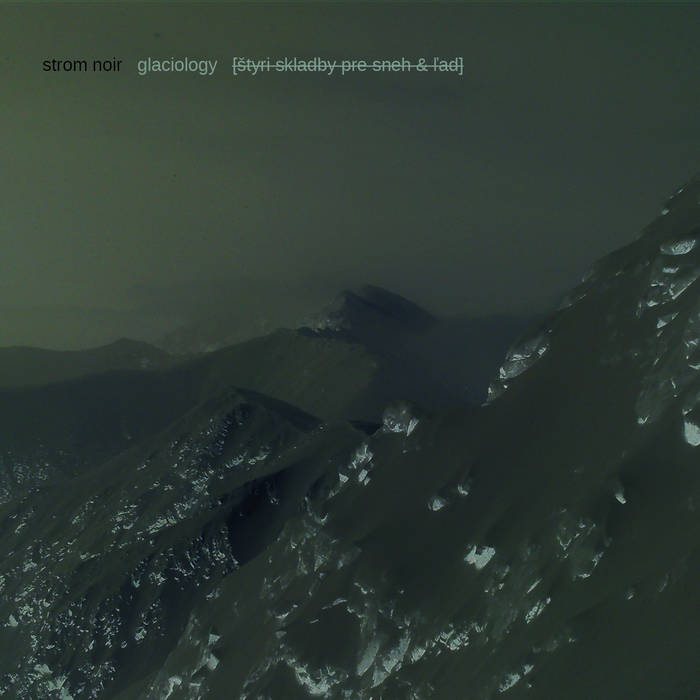 Strom Noir, which is a moniker for Emil Maťko, amazed everyone with his last year's album "Urban Blues", which saw Emil exploring urban spaces with the use of ephemeral guitar melodies. On his new album on Zoharum Emil, goes to entirely different places: filled with white glaciers and snow-capped mountains.

The subtitle of Strom Noir latest album is "Four Songs about Snow and Ice." Emil Maťko skillfully converted the arctic landscapes into sonic structures. Four compositions filled with static guitar drones resemble a snowy picture. They unravel very slowly and subtly into one another. They require focusing on them. A 20-minute bonus track which is the full version of ”Niekedy Sa Vracaju” originally released on "Tanec Rusaliek" cassette in the shortened version, has a similar sense.

CD is housed in an ecopak sleeve and limited to 300 copies.
The cover is based on photos by Martin Matula.
Mastered by Michal Iliaš.
The whole production process was overseen by Michał Porwet.