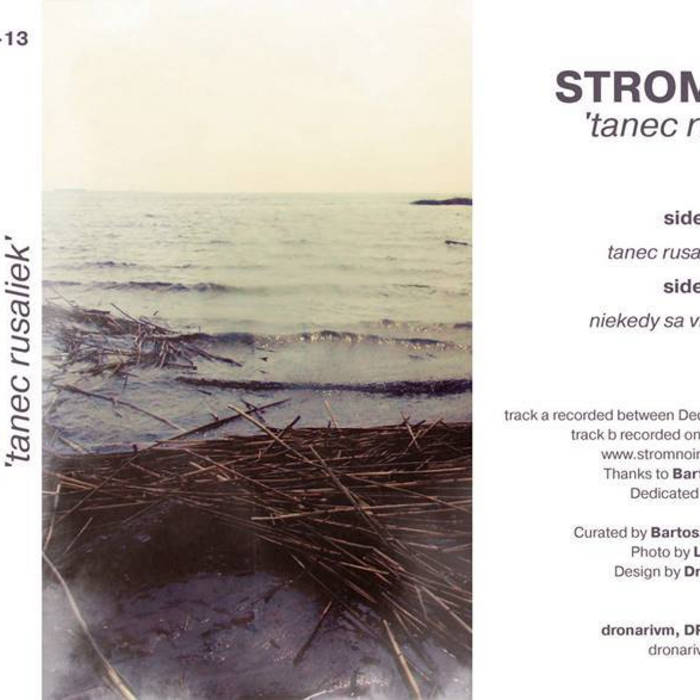 Originally released on cassette by the Russian label DRONARIVM.
dronarivm.com/2013/07/20/strom-noir-tanec-rusaliek

“Long & calm – couple of words I would use to describe the new “Tanec rusaliek” cassette album.

It is always a pleasure to work on a cassette release. Comparing to all the other formats, there is one great thing about them – in case you have to stop while listen, you can still continue from the exact part – even couple of days after or even on different player. This makes them perfect for longer pieces.

I had been trying to capture this feature of the cassettes as much as possible on “Tanec rusaliek” album which, at the end, consists of the longest tracks I have ever released.

I found out that in case I want to record a peaceful and meditative track, the best way how to proceed is to record the whole track during the one session. Thanks to this approach, proper balance between density of the sound and silence can be reached.”

Emil Maťko (b. 1979) lives and works in Bratislava, Slovakia. He has been producing music as Strom Noir since 2007 and released his works at such labels as Hibernate, dataObscura, Rural Colours, taâlem, Twisted Tree Line, U- Cover and Ginjoha.