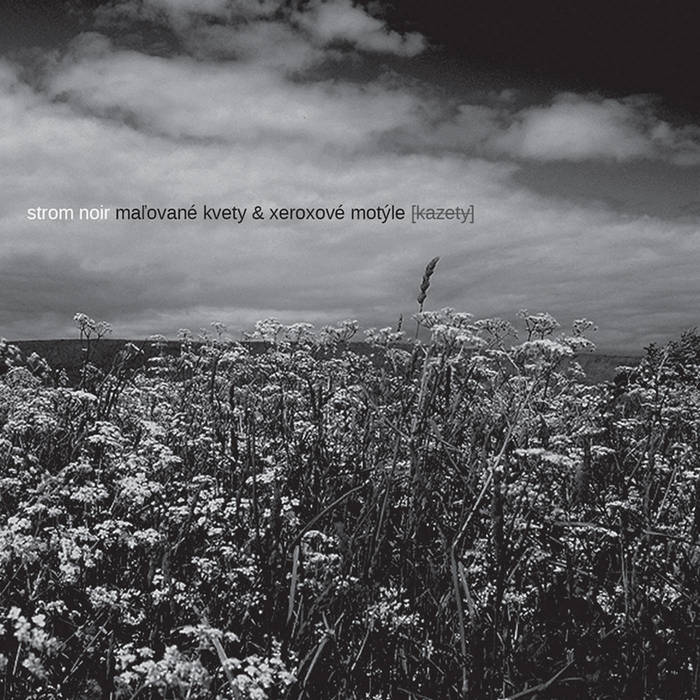 This year Emil Mat'ko celebrates 10 years of an artistic activity under the moniker Strom Noir. For this occasion we have prepared a special release which is both a new album and a compilation. "Maľované Kvety & Xeroxové Motýle" contains two unpublished Strom Noir materials, originally recorded with the intention of releasing them on cassettes. The first session contains recordings from the years 2015-2016 and these are excellent drone compositions, close to the recordings of "Glaciology". The second session contains compositions from 2011, giving the atmosphere and the character of the early Strom Noir recordings. Raw electronic structures are enriched by the reconstructed acoustic guitars. Both materials provide an excellent insight into the work of Strom Noir.

The album is released in a 3-panel ecopak in a strictly limited edition of 300 copies. The cover is designed by Maciej Mehring based on the concept by Michał Porwet and photos by Praetorian. The album is mastered by Emil Mat'ko. The whole production process is overseen by Michał Porwet.